COVID-19 has forced everyone to think and act differently. The courts are no exception.

While in Scotland it has taken a little longer than solicitors, advocates and clients would have liked, the judicial system is grinding back into action aided by modern technology.  Undoubtedly there is still a long way to go, particularly with the sheriff courts, but the Court of Session has demonstrated that the delivery of justice need not be confined to the court room.

Our recent experiences with video and telephone conferences have been largely positive.

Once the IT is sorted and everyone is comfortable with how it works, hearings, particularly by video conference, can proceed largely as normal. Telephone conferences present their own challenges and are not suited for lengthy hearings but are useful for dealing with procedural matters or for those that are too urgent to wait. By setting a few ground rules at the start as to who can speak and when, the usual difficulties of people inadvertently speaking over one another can be avoided.

So what is the future for the court and technology? Is it here to stay or will we revert back to physical appearances being the norm?  In my view there is likely to be a mix of both.

The time and cost saving of virtual hearings is obvious. Amongst other things, no travelling to or waiting around at court and being able to work on the case (or other cases) right up until the time of the hearing. For clients, they can dial in to watch proceedings from the convenience of their office or home.

Parties are likely given an allocated slot, meaning they have to use the time wisely.  Only the most relevant and pertinent points are made, avoiding protracted legal arguments. Hearings are less likely to run on, resulting in other cases being continued.

There are of course downsides. Virtual hearings won't work for every case, criminal cases being the obvious example. And unquestionably something of the gravitas of the court and the judiciary is lost on a screen. There is also some doubt as to whether witness evidence, where the whole point is to assess and test a witness's credibility, can effectively and fairly be given virtually.

The legal system has been forced to adapt and, in doing so has had to recognise that there are better and more efficient ways to deliver justice. In the coming months there will have to be careful thought as to what of the new should be retained and improved, and what genuinely does require to return to the court room. This is a unique opportunity to implement real change.

This rapid uptake of remote courts prompts several fundamental questions. Is court a service or a place? Do people really need to gather together in buildings to settle legal disputes? 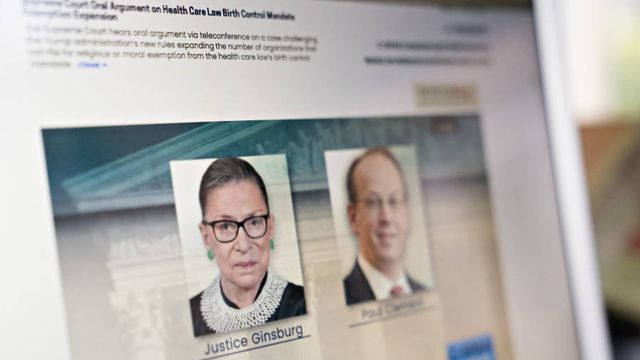