Anyone who watched the chancellor’s announcement on Friday 29 May now knows a little more about furlough mark II, which will take us from the ending of the current Job retention scheme on 31 July to 31 October.

The government followed the announcement with a new press release as well as an update to its guidance on how furlough operates.

In keeping with how the government has released information since the scheme was unveiled on 20 March, those looking for a comprehensive account of the future will be disappointed.

However there is important information, some of which employers will need to review immediately.

Over and above the fact the chancellor appeared fairly clear of his intention to end the job retention scheme completely on 31 October (although you never know…), here are some of the main headlines —

The scheme will be closed to new entrants 30 June; however, because of the intention to change the scheme coupled with the minimum period for furlough (three weeks) we are told this means that the final date an employer can furlough an employee who is not currently furloughed is far earlier i.e. 10 June.

Although there may be a bit of debate about whether employees previously furloughed may be put back on furlough after this date (the guidance referring to “the final date by which an employer can furlough an employee for the first time”) in terms of taking immediate decisions on workforce planning, it's best to assume that no-one who is not furloughed on 10 June will be eligible for furloughing thereafter.

The much-trailed announcement that employers will have to pay 20% of an employee’s furlough pay came with a twist. This will not be a requirement until October 2020.

Between 31 July and 1 October there will be a gradual increase in the amounts employers have to pay commencing in August with pension contributions and employers National Insurance. This will be followed in September with the additional requirement to pay 10% of the furloughed payment.

The government has announced that from 1 July the scheme will accommodate furloughed employees returning to work for part of their normal working week.

I assume that this means employees will receive their contractual pay for the periods they work and a furlough payment pro rata for the “normal hours” they do not work.

Unfortunately the government has advised that more detail as to how this will work will not be released until 12 June.

I will not comment on whether this delay is due to the fact they have not yet worked out the fine print, or they just like to build up the anticipation.

Ledingham Chalmers will continue to update you on developments but meanwhile the need to carry out an urgent review of staff needs before 10 June is clearly the most pressing issue for employers.

Accordingly if employers wish to seek agreement with any colleague who is not currently furloughed this must be at the top of the to-do-list. If we wait to 10 June it may be too late.

•Chancellor .... outlines further details on the extension of the Coronavirus Job Retention Scheme, including improved flexibility to bring furloughed employees back part time in July, and a new taper requiring employers to contribute modestly to furloughed salaries from August 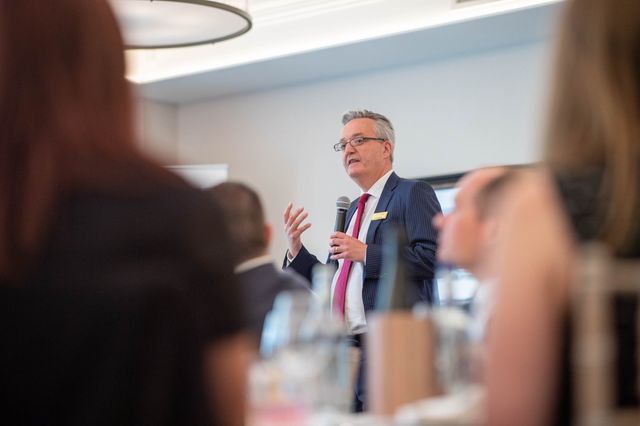